What Impact Does Covid-19 Have on Studying Abroad? 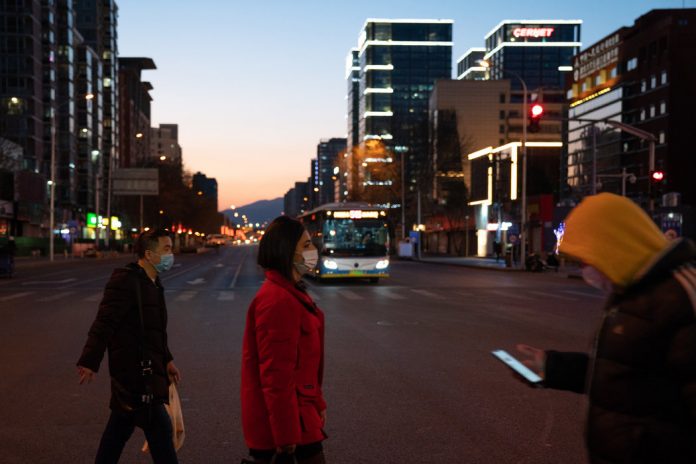 Now that the COVID-19 is spreading globally, following the official announcement of IELTS to cancel the March examinations in Mainland China, PTE, GMAT, GRE, TOEFL and other parties have also announced that they will cancel all March examinations in Mainland China. Chinese students planning to study abroad this year are unavoidable: under the epidemic, some countries have also adopted some relevant measures according to the development of the local epidemic situation. What impact will it have on Chinese students and related industries?

In addition to changes in the exams for studying abroad, there are also adjustments to the policies for exit and entry in multiple countries. Recently, I learned from the major overseas study institutions in Nanning that at present, some US institutions can submit an application for study abroad before submitting their language test results; many universities in the UK have appropriately relaxed the admission requirements for IELTS scores, and those who do not meet the IELTS score requirements Some students are exempt from language courses; many Canadian institutions have extended the application time and simplified the application process.

In Asia, Japan has stopped issuing visas to Chinese citizens of any kind. Japanese schools have suspended classes. They have adopted a postponement policy for students who are unable to enter the school normally. Students who need to postpone classes for one or two months have to make up classes. If you plan to study in Japan, South Korea or other countries, you need to submit a health review form and declare your health status.

According to reports, after the outbreak of the new crown pneumonia epidemic, the Ministry of Education of South Korea issued a control policy for Chinese students to universities. According to the guidelines of the Ministry of Education, Chinese international students need to be isolated for 14 days after entering the country. They are not allowed to use libraries and restaurants. They should try to avoid traveling or contact with people. The school must observe the students’ health and monitor whether they are out during this period. . The Ministry of Justice of the Republic of Korea stated that in order to prevent the spread of the new crown epidemic in the community, it will improve related procedures and open the collective extension business to foreign students at all universities in South Korea. As a result, the scope for submitting a collective extension application has been expanded from some colleges to all colleges.

The South Korean government has recently announced that it will allocate an additional 4 billion won to prevent epidemic prevention among Chinese students. South Korean Minister of Education Yu Yinhui also said that the university will provide distance-learning courses for Chinese students to ensure that they get enough credits.

The Ministry of Education of China and South Korea signed an agreement on February 28 to “guidance their students to avoid going to the other country”, with immediate effect to persuade domestic students to try not to go to the other country. Statistics show that there are about 50,000 Korean students studying in China, and most of them are still in Korea but have not yet left the country. The total number of Chinese students studying in Korea is 70,983. As of February 24, 48.8% of Chinese students have not entered Korea. South Korea’s New1 News Network predicts that as the education departments of the two countries strengthen their guidance to foreign students in the country, the number of Chinese students who cancel their visit to Korea in the future may increase further.

Japan: Initiating Measures to Restrict Entry of Chinese and Koreans

According to comprehensive media reports, at the 17th meeting of the Headquarters of the New Type Coronavirus Infection Countermeasures Conference held by the Japanese government on March 5, the foreigner’s entry policy was adjusted to prevent the spread of the epidemic. Many of them involve Chinese and Korean visas to Japan and Japanese visa policies, including visas issued to China and South Korea, which will temporarily expire from March 9 to the end of March, and will suspend visa exemptions for Hong Kong, China and Macau, China. Policies, etc. Starting at 00:00 on the 9th, Japan initiated measures to restrict entry of Chinese and Koreans. According to the announcement by the Ministry of Foreign Affairs of Japan, the adjustment of the immigration policy caused approximately 2.8 million copies of China (including Hong Kong and Macau) and about 17,000 visas of South Korea to expire on the 9th. The new policy also stipulates that passengers entering China and South Korea need to be quarantined at designated facilities for two weeks.

Many students who originally planned to arrive in Japan to enter a Japanese language school in April face a dilemma due to their inability to enter. Most Japanese schools have also taken measures such as suspension of classes, and the planned graduation ceremony and admission ceremony have been postponed. The Japanese language school said that it had received many inquiries from students regarding visa issues and future school initiatives. According to the Japan Association for the Promotion of Japanese Language, the number of students in some language schools has been reduced by more than 50%, and their business conditions have been hit hard.

According to industry analysts, affected by the new crown pneumonia epidemic, the application situation for studying in the United States in 2020 is relatively special, but in general, it will not have much impact on Chinese students. For international students who were registered in American universities before the outbreak, the start time of American universities was basically in January, which was earlier than the issuance of the restraining order. The impact of the outbreak on their return to school after the winter vacation was not significant.

For a small number of international students who cannot re-enter, American universities generally allow students to temporarily suspend their studies and continue their studies after the restrictions are lifted. US universities have not yet issued any special policies for international students and applicants. However, most schools encourage students to maintain communication with the school. If they encounter any difficulties in entering, applying and engaging in normal academic activities, they should actively seek help.

European countries: Some colleges have delayed or changed their online interviews

According to reports, compared with the United States, Australia, New Zealand and other popular study destination countries, European countries during the spread of the new crown pneumonia epidemic, the level of entry control for Chinese students is relatively loose. “As long as you have a valid visa, Chinese students can fly directly from China to Europe.” Said Grams, a student consultant at Humboldt University in Berlin. The university’s current policy on Chinese students is as usual, and some European universities now recommend that students from China self-isolate. 14 days.

“At present, applications from most institutions in Germany, France, and other EU member states will last until June and July.” Regarding the study abroad application, Grams said that the epidemic will not temporarily affect Chinese students’ application, interviews, admissions and visas. Interviews at some institutions will be delayed or adjusted to online. He suggested that Chinese students can communicate with the school more online, improve their language skills at home, prepare for professional knowledge, and carefully prepare for exams and interviews. However, if the epidemic is still severe, students planning to study in Europe in the second half of the year are likely to encounter restrictions. 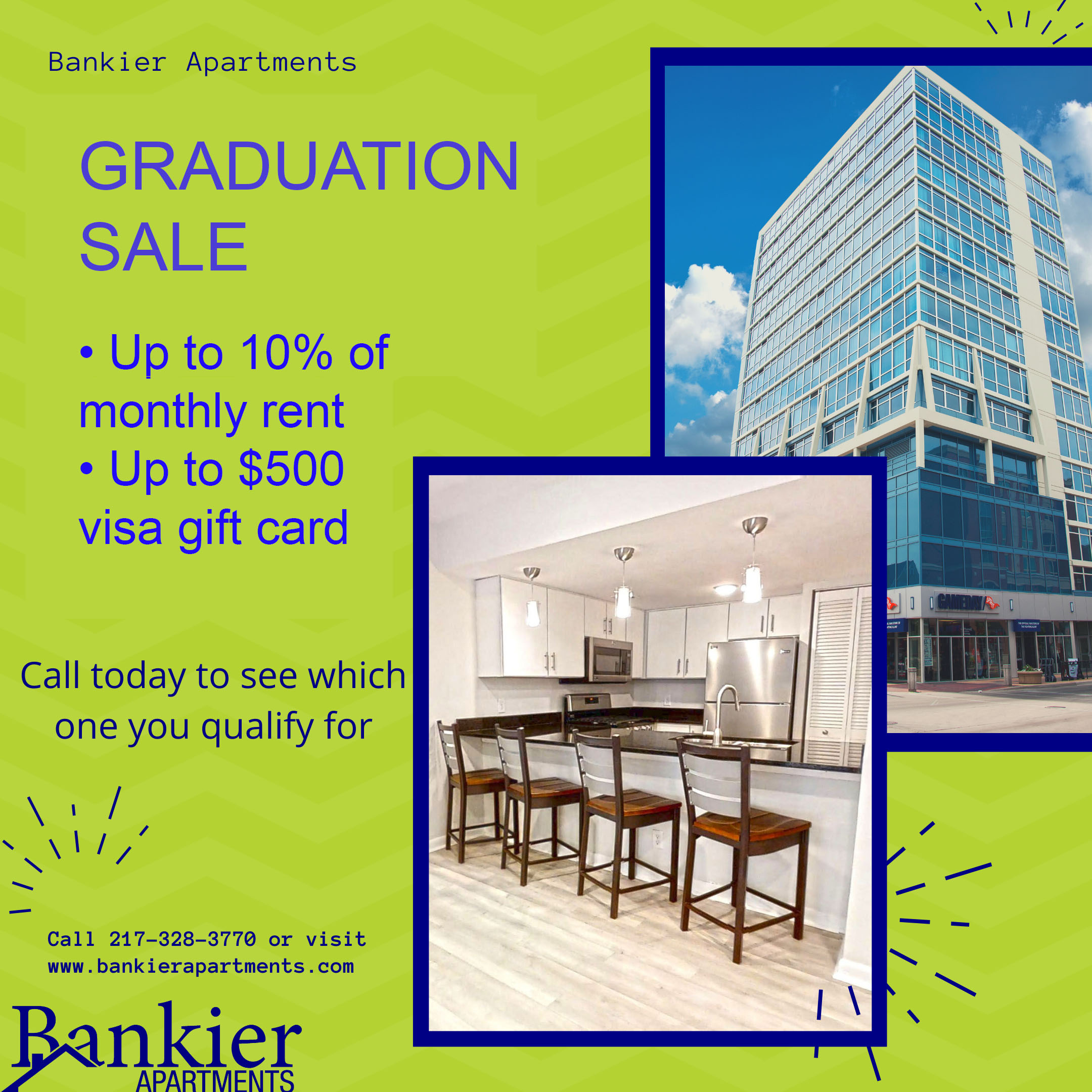 13THURSDAYS presented by JSM Living continues in campustown this summer now through August 12. Explore campustown by taking advantage of deals and sales at 21 participating businesses every...
Read more

CHAMPAIGN, Ill. — Eleven students from the University of Illinois at Urbana-Champaign will be featured in an edition of “The College Tour,”...
Read more

CHAMPAIGN -- The Champaign Center Partnership invites the public to explore Campustown this summer during the return of 13 Thursdays, the annual 13-week promotion...
Read more
Load more