How to choose a boarding school for “little international students” 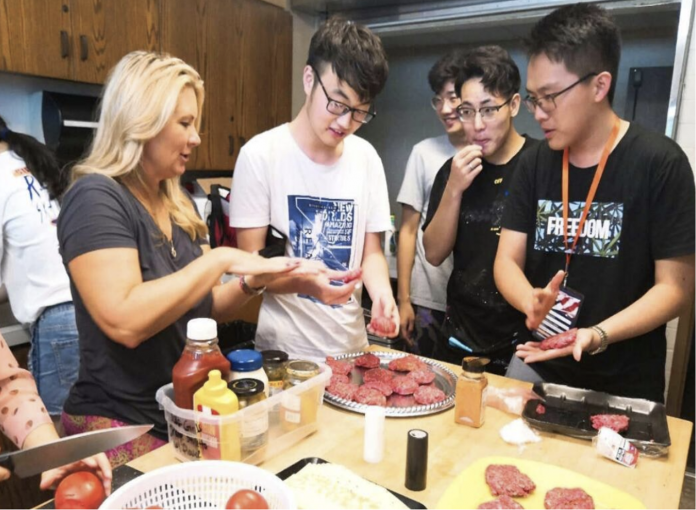 “My child is in the third year of high school, should they attend a boarding school or live with a host family?” Recently, many parents in China have discussed this on the Internet. Now more than ever, parents are willing to send their children to study abroad in high school. A major consideration in selecting a school is if it is a boarding school or a day school.

In European and American countries where many international students choose to attend school, most institutes that provide boarding are private schools. In the United Kingdom, private schools still account for a minority of the entire education system and status as a private school does not guarantee excellence. There are about 2,400 private secondary schools in the UK that provide education for students ages 7 to 18, of which only 800 are boarding schools. Students must stay overnight at school to ensure that they participate in the activities provided by the school.

Although it cannot be said that boarding schools provide the highest quality education, they are often more willing to invest in providing an all-around education due to the large amount of time students spend inside of the school. Most British private boarding schools share a common feature of offering a great amount of subjects. Some schools have offerings of up to 40-50 courses, of which students select 4 courses to take. Many boarding schools offer courses beyond basic A-Level courses, such as psychology, textiles, and design, to lay the foundation for university in advance. Entering a prestigious boarding school is tantamount to getting stepping stones to advance to prestigious universities. For example, 100% of the Queen’s School of Isobergs in Yorkshire graduates enter the top 20 universities in the UK, and half of the students enter the top 10 universities, including the universities of Oxford and Cambridge.

Bauer, a researcher in basic education in Berlin, told the Global Times that in recent years, boarding schools have become more and more popular in Europe. First, because of the inconsistent quality of general secondary education in Europe, parents prefer fully managed boarding schools. Second, during the pandemic, boarding high schools continue to have classes, which has made many parents determined to let their children enter such schools. The German weekly “Focus” reported that despite the expensive monthly fees for school and miscellaneous accommodation fees, during the pandemic, the number of students applying for boarding schools in Europe soared and new boarding schools appeared. Currently, there are more than 200 boarding high schools in Germany alone.

Huang, who had attended a boarding high school in the United States, stated that among the students who applied for high school study with her, at least 60%-70% would choose a boarding school because safety and unified management are more guaranteed. Although the number of students choosing host families has increased in the past 10 years, “day students need to establish and maintain a better relationship with their host families in order to live comfortably, so more people still prefer to live on campus”. Of course, in terms of school selection, Huang said that whether they provide accommodation is not a requirement. Everyone will pay more attention to the location of the school, the admission rate, the ranking of the school, and so on. Of course, if the levels of the two high schools are similar, parents will be more willing to let their children attend a boarding school.

Although the conditions of boarding schools are attractive, many British families do not send their children there. The primary reason is due to finances. Usually, a boarding student’s study and living expenses for a year are more than £50,000 (approximately RMB 440,000), which is equivalent to the annual income of many ordinary British people. Additionally, not all private schools are excellent, and some are even not as good as public schools.

At British private primary and secondary schools that provide boarding, students either live on campus five days a week or full-time seven days a week. International students usually choose the latter, and this kind of full boarding tuition is the highest. In comparison, in the same private school, the tuition for day students is about half of that of boarding students. In general, private boarding schools in the UK serve the local senior middle class and cultivate elite talents. Currently, only about 4% of students in the UK are enrolled in private boarding high schools.

There are four main types of boarding schools in Europe. One type is traditional private schools. These schools are generally located in rural areas with pleasant scenery. All teachers and students of the schools live on campus and are managed in a closed manner. These schools usually have decades or even hundreds of years of history. Many politicians, diplomats, entrepreneurs, bankers, and descendants of the royal family have graduated from such schools. Tuition fees in such schools are very high, generally costing tens of thousands to tens of thousands of Euros (1 Euro is about RMB 7), and they also only enroll a small number of foreign students. For example, the boarding school in Odenwald, Germany, has a tuition fee of more than 2,000 Euros per month. Students usually come from wealthy families, and a small proportion of them are scholarship winners or children funded by the government youth bureau. Students live in more than 20 “families”, each of which consists of 8 to 10 students and two teachers. Most of them live in villa-style buildings. Graduates from these schools can directly participate in the university entrance examinations in the United Kingdom, France, Germany, and Switzerland. Some boarding high schools also provide “dual certificates”, which is a school graduation certificate and a vocational training qualification certificate.

The second category is boarding high schools affiliated to the church. The school is funded by the church and the tuition fee is between 1,000 and 2,000 euros per month. The school does not require students to believe in religion, but students must participate in school religious activities. Although such schools also admit some foreign students, they typically come from religious families.

The third category is public boarding high schools. This type of school is established and funded by the local government, and the cost is the cheapest among boarding schools, with a minimum of a few hundred euros per month and a maximum of more than 1,000 euros. Such schools usually do not directly admit foreign students, but accept exchange students.

The last category is international schools. Such schools are especially popular with foreign students. The teaching and daily language is English. With a graduation certificate, you can directly apply to universities in English-speaking countries and European countries. Tuition fees for such schools range from thousands to tens of thousands of euros per month.

Learn to Live with Other People

Even if they are studying in China, the boarding students must adapt to each other’s living habits and learn to tolerate each other under the same roof. However, when middle school students study abroad, they are faced with classmates from all over the world. Accommodation life also requires a longer period of adaptation.

Student Huang introduced that the high school she attended was relatively small. Each dormitory had two floors, with a total of about 40 people. Each room housed 2-3 people and had basic living facilities. There are communal toilets and showers in the corridors for approximately 10 people. The dormitory canteen is in the form of buffet. Board & lodging fees, water & electricity fees, and other miscellaneous fees are all included in the tuition. In their application, students can fill out a survey pertaining to lifestyle and living habits such as what time they wake up or go to bed.”However, this is just a symbolic question of students’ intentions. Students in grades 9 to 11 have less choice. Students in grade 12 have very good accommodation conditions. They are usually single rooms. You can also choose a room first.”

At international boarding schools in the United Kingdom, young students often share a bedroom with 6 people, with independent wardrobes, lockers and modular desks. Common areas include kitchens, lounges, and laundry rooms. Children come from all over the world, have different skin colors, different cultures, and speak different languages. They need to learn to respect each other and be fully prepared for the increasingly international adult world.

From a school perspective, why provide boarding education? A person in charge of a British school told a reporter from the Global Times that this is a tradition of British education. However, if you observe carefully, you can see that British private schools hope to use boarding to allow students to more fully accept British traditional values ​​and modern education. At present, the number of Chinese students going to private boarding schools in the UK is increasing. However, among the abundant additional courses, Chinese students rarely choose courses such as culture, sports and art, and at most they are only photography, baking and so on. The school hopes that more Chinese students will try British cricket or boating and other unique projects that reflect British culture. 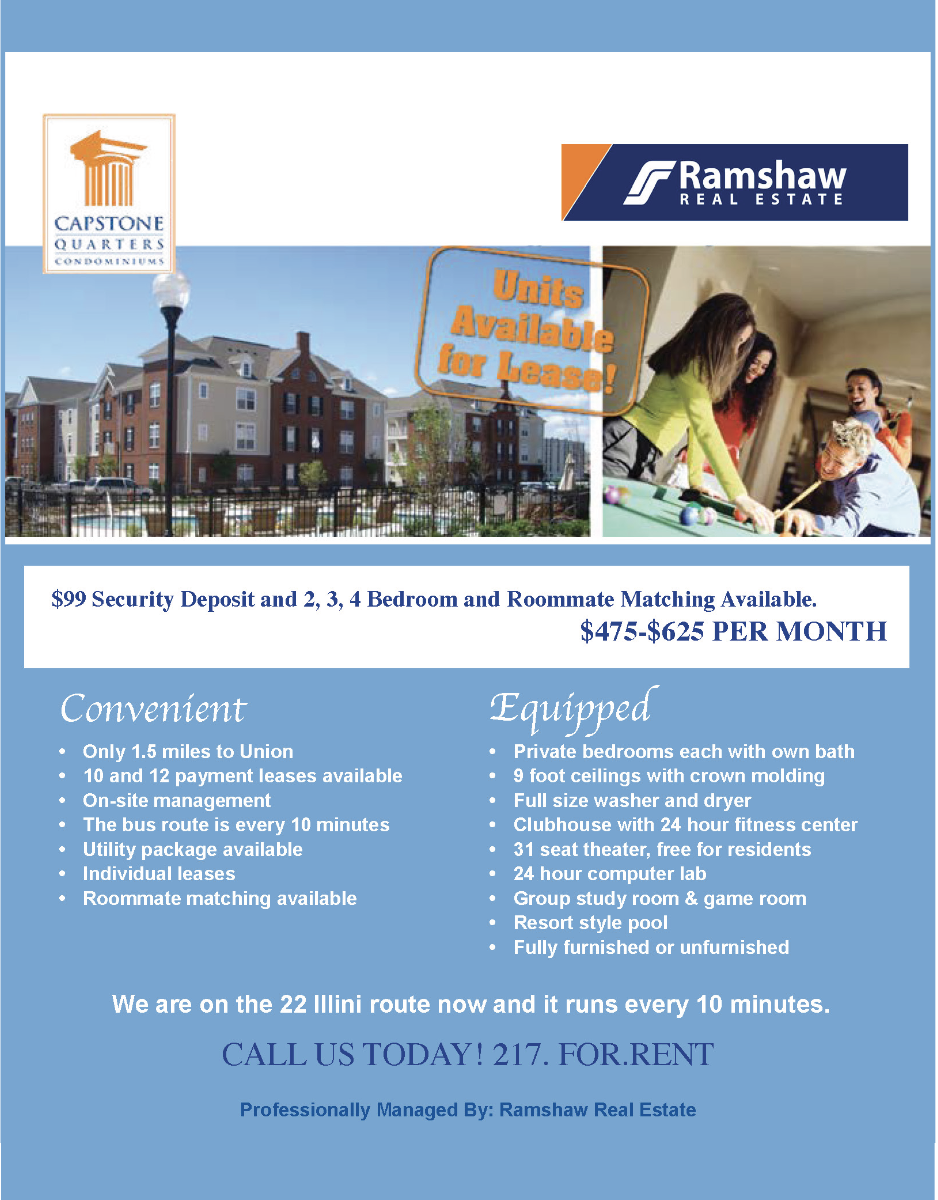 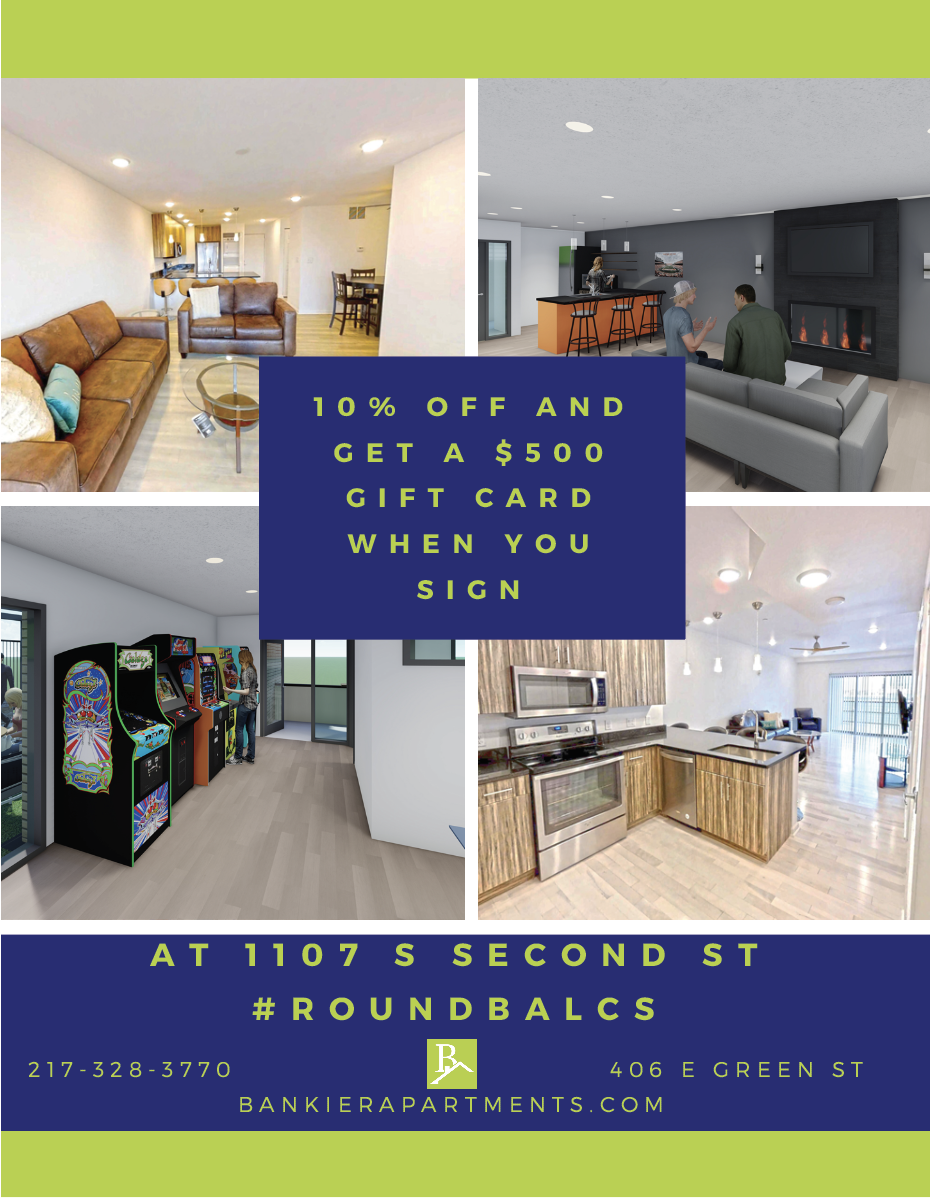 [Urbana] Check out the new sculpture at Meadowbrook Park!

Be sure to head out to Meadowbrook Park and the Timpone Family Tree Grove, and check out Suzi's Garden.  The sculpture was fabricated...
Read more

JAN 28 - FEB 5The Champaign County Area Restaurant Week is back! Discover local flavors at over 25 restaurants across the county...
Read more

Have nagging pain? Tweak something shoveling snow or working out? You have the chance to get a free injury...
Read more

[Champaign] ALL ABOUT MOVIES

AT THE VIRGINIA THEATRE January Is All About Movies at the Virginia Theatre. Here's what you can catch on...
Read more
Load more