More
Home Opinion ACT Column What is the charm of the world's number one university for ten...
OpinionACT ColumnFeatured

What is the charm of the world’s number one university for ten consecutive years? 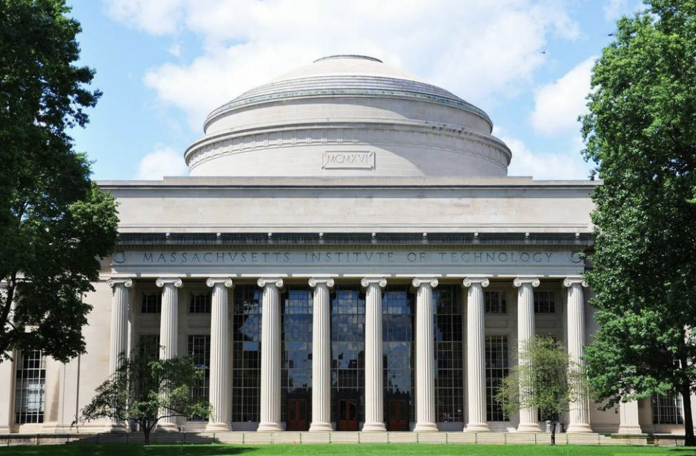 QS, Quacquarelli Symonds, a higher education research institution, recently released the 2022 QS World University Rankings. In this ranking, the Massachusetts Institute of Technology ranked first for the tenth consecutive year, and the University of Oxford rose to second place for the first time since 2006. Additionally, two Mainland universities, Tsinghua University and Peking University, ranked among the top 20 in the world for the first time.

QS officials stated that there are six main indicators that determine the world university rankings; of which academic reputation (40%), the number of citations per faculty (20%) and the faculty: student ratio (20%) are the highest weighing metrics. In the 2022 World University Rankings, the Massachusetts Institute of Technology received a score of 100 points. Oxford University came in a close second with a score of 99.5, losing in the number of citations per faculty.

MIT has been dominating the QS ranking for ten consecutive years. This achievement may seem surprising, but in a way, does not come as a surprise at all. In comparison to the 380-year-old Harvard University, the 150-year-old Massachusetts Institute of Technology is still a relatively young school. MIT is not a full member of the Ivy League; they are an Ivy Plus school. This means that while they do not have the title of an Ivy League school, the school holds the same level of prestige in the United States as well as the whole world. In the past 100 years, MIT has risen from an unknown college to a world-class university that can compete in the fields of liberal arts, science, and business. The secret to their top-tier ranking is probably the same as it always has been: the spirit of innovation.

As a medium-sized university, MIT takes a student-centered approach to their selection process. Over the years, the overall nature of the school students has been a sense of youth: curious about the world, full of imagination, playing cards in unconventional ways, and bursting out with endless creativity. At the same time, MIT students are brave and fearless. Students have the courage to challenge the unknown, find the most difficult subjects in the world, and overcome these challenges. This reflects the true meaning and core values of MIT.

Although known for its science and engineering, MIT does not focus solely on intellect. The school encourages students to engage in pranks or “hacks” that reflect high IQ scores. For example, in 1994, a fake police car was placed on top of the Great Dome which lies on the top of the MacLaurin Building 10. After removing the outer shell of the police car, the students built the inner frame of the police car with wood and assembled it on the dome overnight. When “Star Wars: Episode I.” became popular in 1999, some students changed the big dome into the small robot, R2-D2, in the movie to celebrate the release of the movie.

The whole entire school serves as a stage for young people to show their imagination. In 2012, the students turned an entire outer wall of a school building into a display screen for the game Tetris and operated the “largest Tetris in history” through wireless remote control. The school has “indulged” this creative trick, and even built a second-level domain name website on the official website to display the game rankings. To this day, MIT students still work hard on “hacks”. Although many projects end in failure, for MIT students, boredom is sometimes more terrifying than failure.

At MIT, creativity has no boundaries. From space exploration to the development of innovative alarm clocks, any innovation is considered to be a good idea. In addition to imagination and innovation, MIT places a great emphasis on their core value of academic rigor.

The famous Building 32 on the MIT campus is an example of innovation and integration. The shape of Building 32 has been described as “a bunch of drunk robots celebrating a carnival party.” However, behind the unruly shape, there is the precise calculation of the physical force limit. The execution of the building is the result of careful design and calculation.

Breaking through the limits of land, MIT played a crucial role in the development of basic American space exploration technology. MIT was one of the main participants in the famous Apollo moon landing program. As the first university in the United States to establish and offer aeronautical engineering courses, the wind tunnel built for these courses has been utilized since 1914. From the Moon to Jupiter to Mars, MIT has never stopped exploring space.

In addition to these big and universal projects, MIT professors also take on practical projects that are focused on changing people’s lives. In 2005, the professors and engineers of the Media Lab invented an alarm clock with wheels, making the clock capable of running away. When the alarm clock goes off in the morning, it “runs away,” and people must get out of bed to catch it and turn it off. Although this little gadget did not appeal to the general public, the inventor did not think it was a useless invention. This alarm clock ultimately won the economic category of the Ig Nobel Prize in 2005, with the reason being that this alarm clock ensured people got out of bed. In theory, the clock could increase the time to work in a day, and thus, make great contributions to economic development.

Although some ideas may seem useless, it is this emphasis on small change that will bring progress to the future. This is the motto of ​​MIT -it’s not about size, just about innovation.

70 E Washington St - Downtown Would you like an inside look at C-U at Home? We are offering a...
Read more

[Urbana] Play Day in the Park