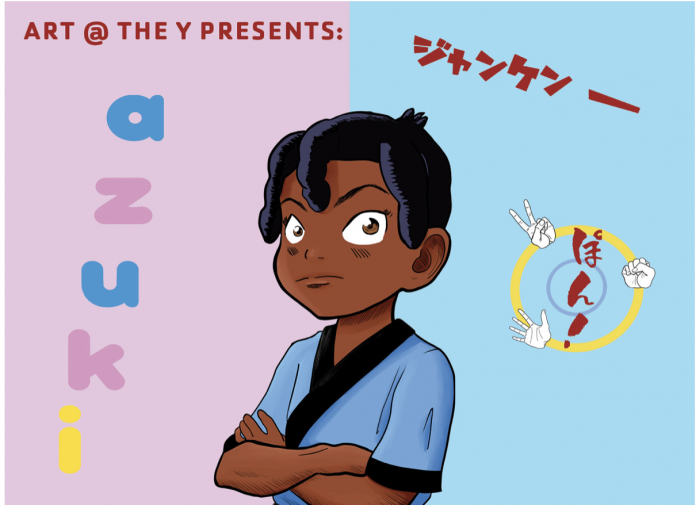 Kofi Bazzell-Smith: Manga As A Bridge Between Cultures

Azuki is a bilingual manga that imagines Black potential in a world where race doesn’t exist. Azuki is an action-comedy about a little girl who is a Rock, Paper, Scissors champion. Pitted against a cast of tough, male opponents, Azuki only plays scissors, but always wins- speculating Black girl magic in a world without impediments as the universe bends toward her will.

Kofi Bazzell-Smith is an artist, a graduate student at the University of Illinois, and a professional boxer. Pursuing his Master of Fine Arts in New Media, Kofi is currently a Mellon Foundation Interseminars Initiative Fellow with the Humanities Research Institution.

A US- Japan Bridging Scholar, Kofi studied manga in Japan and creates works in both English and Japanese. His goals are to publish in Japan, to open avenues for more diverse representation in the form, to bridge Black and Japanese cultures through art and language, and to pioneer teaching manga as a studio-based practice in western academia. In summer 2022 Kofi taught the first and only studio-based Japanese manga course in the U.S. at the University of Illinois.

[Champaign] UPGRADE YOUR ENTERTAINMENT AT The Virginia Theatre

The Virginia Theatre will have you booked for the entire month of October once you get a peek at their action entertainment enriched schedule!
Read more

The whole month of October FREE for All Ages Are you ready to solve clues to find pumpkins all over...
Read more